Enquire / Make an Offer
Gable Contemporary are delighted to have commissioned a body of work exclusively for the CARBON room by Royal Academy trained artist, Jake Attree. Jake wanted to pay homage to a number of our traditional and iconic London landmarks whilst simultaneously celebrating the people that breathe vibrancy into our cities and the technology that has become part of our everyday existence. Thus, as with CARBON Champagne, the works combine a deep respect for the past, whilst embracing the innovations inherent in the modern world. Jake Attree is represented by Messum’s of Cork Street and has exhibited extensively both in the UK and world-wide. Whilst at the Royal Academy Jake was awarded the Landseer Prize for figurative painting and the Creswick Prize for landscapes. His work is held in numerous municipal and corporate collections, and in private collections in Britain, USA, Australia, Austria, Brazil, France, Germany and Sweden. He has had solo and mixed shows at Messum’s; Bruton Gallery, New York; the Royal Academy and the Serpentine Gallery amongst numerous others. 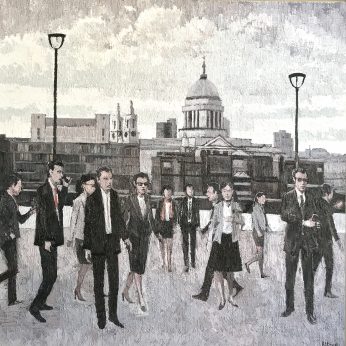 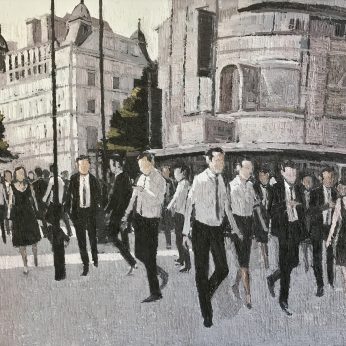 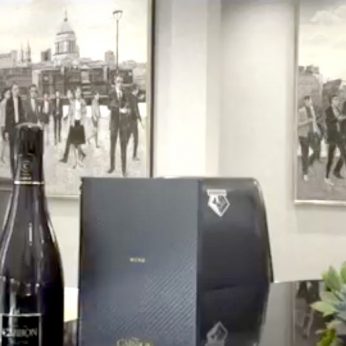 ‘I am grateful to delighted to be creating a bespoke body of work for CARBON champagne and their new premium corporate facility at Watford Football Club. The CARBON brand holds a unique place in the champagne landscape with their integration of the highest production values steeped in the lessons that only history and tradition can refine, with the latest cutting edge innovations in technology. Their core involvement in Formula 1 epitomises this commitment. I therefore wanted to find an aesthetic expression of this relationship and thus devised the CARBON series: a body of work that pays homage to the most iconic landmarks of our wonderful capital city and all of the centuries-old traditions its buildings have come to represent.  I wanted to integrate these beautiful landscapes with the people who bring the vibrancy of everyday existence to them, whilst acknowledging the increasing relevance of the technology that is shaping our personal and interconnected lives.’   Jake Attree 2018

Are you interested in something? Do you have a question?

Send us an email below and we'll be in touch very soon.